San Romolo is named after a Saint who lived here and who also gave the name to the city Sanremo. In addition to this, the importance of this fraction was related to the large amounts of timber which was taken from the forests (pine and chestnut) in the area.

It was during the medieval when the field, nowadays called il prato, was completely released from trees to create a storage area for the timber before it was transported down to the valley and it is in fact around that area the small village of San Romolo was developed.

Until the twentieth century, this fraction attracted dozens of timber men for the season. They came from the nearby villages, paid by the municipality and they supplied timber for heating the public institutions in Sanremo (hospitals, schools, municipality etc) and they obtained timber for construction which was sold along the Ligurian coast or used for boat building.

As the time went by the demand for timberwork declined, the village have seen times from glory to complete abandon.

Between 1936 and 1981, Sanremo and Monte Bignone used to be connected with a cable way: Funivia Sanremo – Monte Bignone, which extended 7688 meters from Sanremo to the top of the mountain. Parts of the cable way structure and its cable cars still exists and a visible today, but the cableway was closed down once and for all in 1981. The cableway was a project by Mr Pietro Agosto in 1929 and the construction, which started in 1935 by “Compagnia Italiana Funivie” was breaking all records: the distance between the pier at San Romolo station to the pier at the end station Monte Bignone, was incredibly 1700 meters.

Despite the original idea with the cableway, a tourist attraction, the project was not as successful as expected. With the accounts showing a constant deficit it was a fact in 1981 that the cableway had to be closed down. However, still today many of the inhabitants in the Sanremo region are very much involved in the idea to re-establish the old cableway as an incentive for the tourism in San Romolo Natural Park. 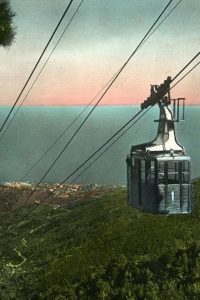 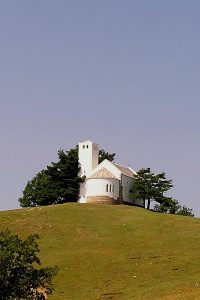 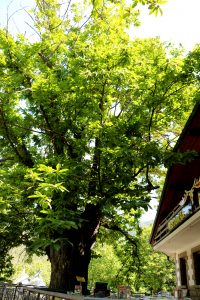 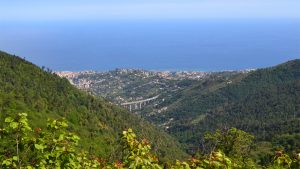 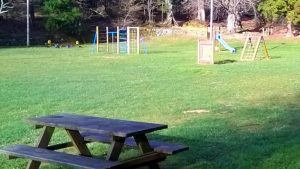 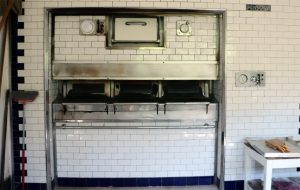 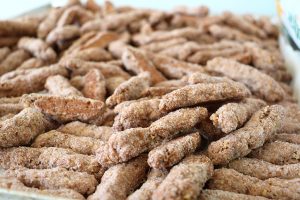 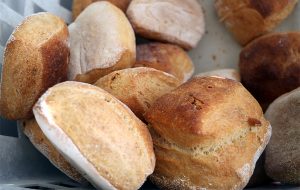 San Romolo has become a big tourist attraction not only for foreign tourists but also for the inhabitants in Sanremo as the area offers lot’s of entertainment: minigolf, outdoor playgrounds for the children, a factory with domestic animals, a riding school, a restaurant with typical ligurian cuisine, trekking with or without guides, exciting mountain bike races on the steap race tracks in the area and much, much more.

The most wellknown and visited area of San Romolo is for sure the large field, more than 5000 square meters, called Il prato di San Romolo (the field of San Romolo). This is the large green field where you can just stretch out either in the sun or the shade, take a ride on the bicycle, organize a picnic, barbeque or any kind of outdoor activity always naturally accompanied by relaxation, pleasure and serenity.

San Romolo is not only a natural paradise, it also offers cultural attractions such as a stunning little church, not far away from the field “Il prato”, dedicated to worship Saint Romolo of Genoa, a bishop and theologian who lived here in the medieval and today is the patron saint of Sanremo. Many miracles and brave actions were attributed to him and he fled from Genoa, lived in hermitage in this area. The cave which became his home, the so called Bauma, has been transformed to a small sanctuary with a seventeenth-century statue of Romolo holding a sword.

The famous “Forno San Romolo”, the Bakery is definitely worth a visit. The Bakery is old and even today the oven is fired by wood. Take the opportunity to buy some of the bread.